A few months ago I traveled to NYC baby! Better late than never to create this post right? My sister had been wanting to check out an art school in Brooklyn, but only had a few days to do so. CHALLENGE ACCEPTED, I said. With a lot of walking, multiple Ubers and some determination I was able to turn my sister (who has never been to New York) into a New York pro in 4 days!

When you only have a few days in one of your favorite places on earth, you take a red eye! We landed at Newark Int’l Airport around 7am. We gave our luggage to our hotel and it was off into the city we go!

Our first stop was Ellen’s Stardust Diner. This is a diner turned broadway show. If you thought going in at 8am would allow you to relax and enjoy you coffee as you slowly wakeup, you are mistaken! Their energy was off the charts! Expect the amount of extra to be at an all time high. We went during pride month where they had fun rainbow colored eats, such as my bagel breakfast sandwich! And yes that is confetti on my table.

I’ve been to Central Park multiple times and have explored the ins and outs of this place, but this time around I finally got to see the Alice and Wonderland sculpture by Jose de Creeft! The Disney fan inside of me was ecstatic! Every New York trip needs a little Central Park appreciation. 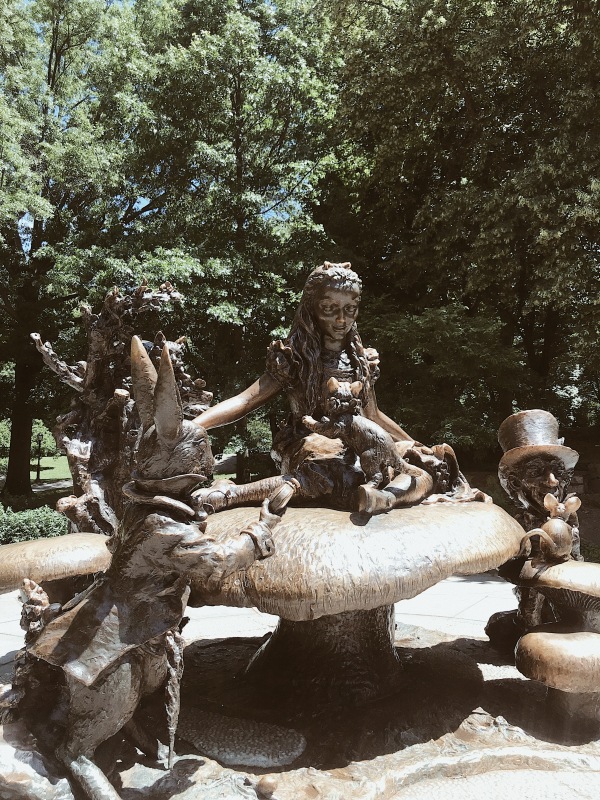 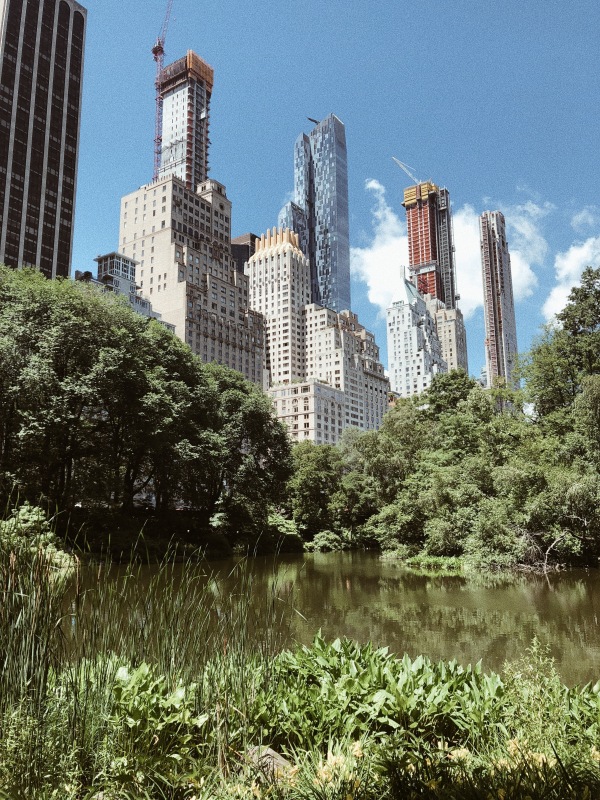 The Metropolitan Museum of Modern Art

No, The MET isn’t just famous from Gossip Girl. The exhibition, “Fashion and the Catholic Imagination” was such an inspiring world to walk into. 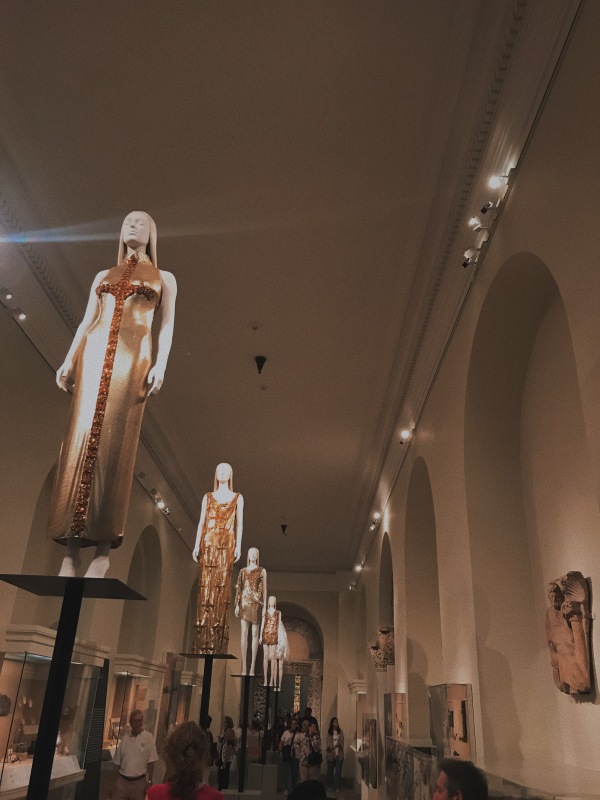 I just had to give this hotdog its own section because, well, just look at that perfection.

Top of the Rock

Top of the Rock at sunset is a really beautiful thing to witness, but it may not be worth the stress. Imagine being at a standing room only concert, but 850 ft. in the air. My advice to you is to come during the day or once it’s been dark for a while, or just come in some high heels. 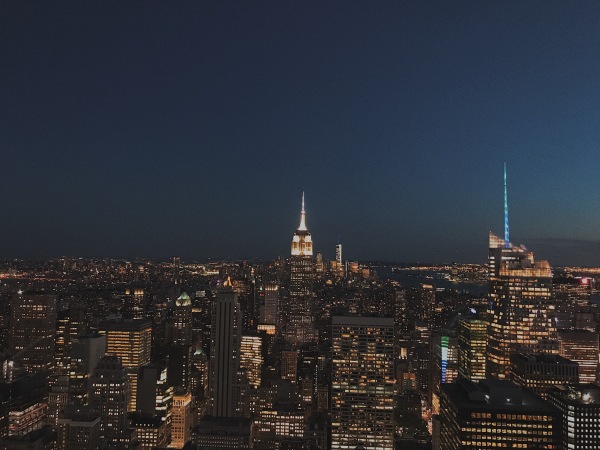 The hospitality we received here was unmatched! The vibe was everything I wanted for a brunch in the city. The Food Network nerd in me also remembered that a chef from this restaurant competed on Chopped. Is it cool to be obsessed with a bathroom door?

They have a few locations in Los Angeles, but drinking their draft latte while in the concrete jungle just hits the spot for me. My sister and cousin understood my love for this place immediately. 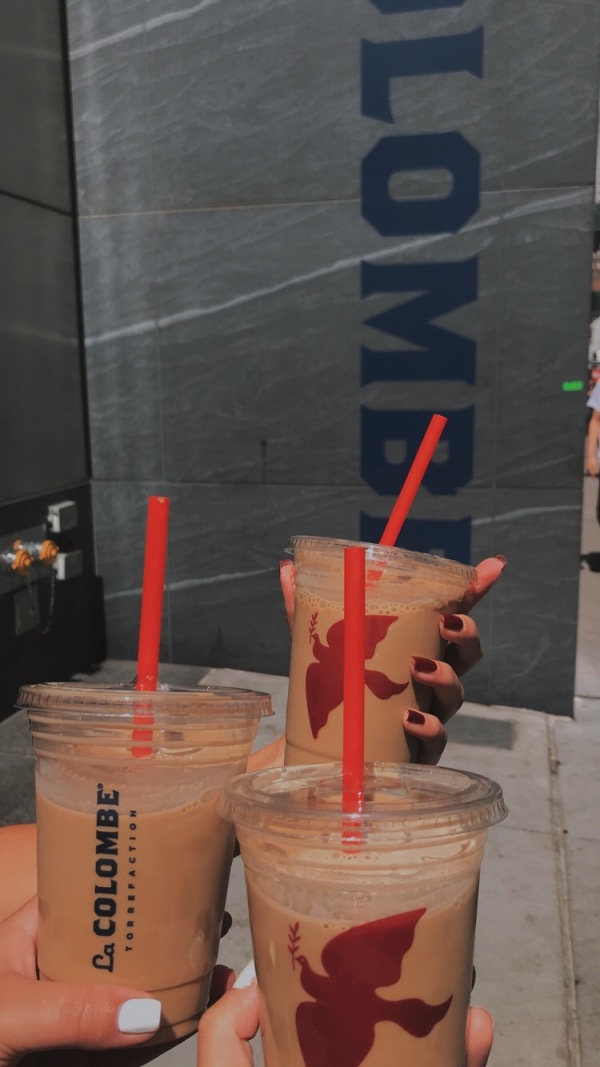 Every time I come to Bryant Park there is a new surprise! This time around, a woman empowerment rally was being held! They also have a Christmas village and ice skating in the colder seasons!

Right next door to Bryant Park lies the New York Public Library! What a gem! I would definitely read more if the libraries where I live looked like this.

Easily my favorite place to be in NYC. Weird I know, but something about the smell of hairspray as you walk in makes it known that this is an important building. I’m a pop culture buff and just being in the same building as Jimmy-Freaking-Fallon is kind of exciting. TIP: Hang out in the NBC gift shop and you just might score tickets to one of the shows! We got to see Jimmy rehearse and go in this fancy-shmancy NBC elevator.

Located inside Tiffany & Co. on 5th Avenue, Blue Box Cafe gives you the opportunity to eat Breakfast at Tiffany’s just like Aubrey Hepburn! 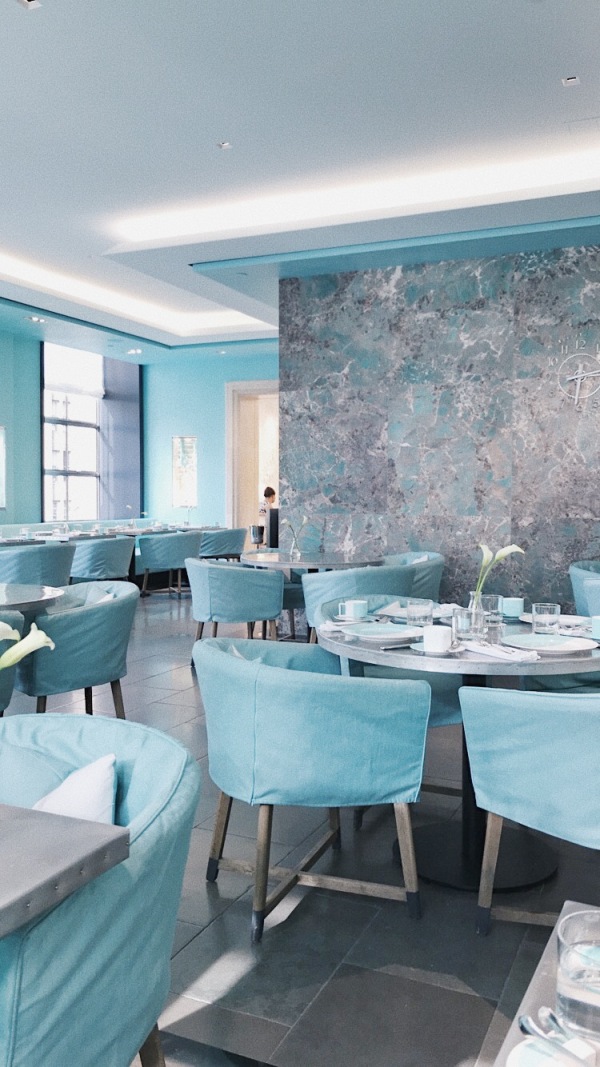 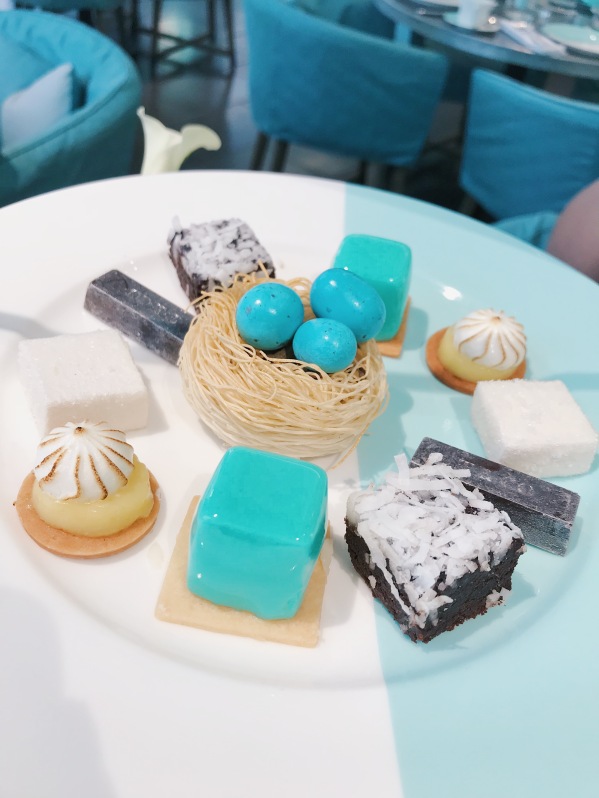 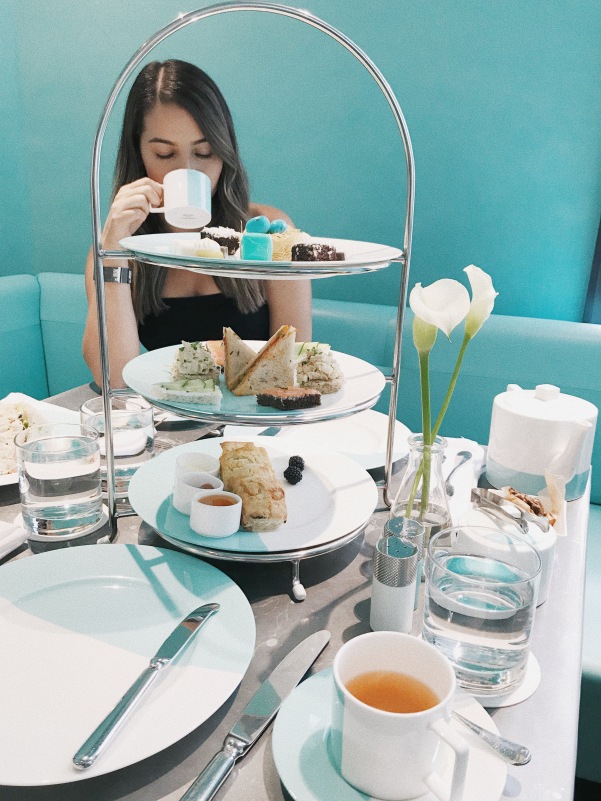 Phantom of the Opera

How can you not see a broadway show while in NYC? We stuck with a classic and I’m so glad we did. TIP: Never buy broadway tickets full price! There are many websites such as  todaytix.com and going to the TKTS booths throughout the city to get a great discount.

One of the most popular Italian restaurants in the city! Located in Times Square, this was just steps away from The Phantom of the Opera! You know how hungry you can be after a 2 and a half hour show.

The most picturesque of them all. You gotta come during the day AND at night to feel the different vibes.

YES, THIS IS THE ALL PINK RESTAURANT! 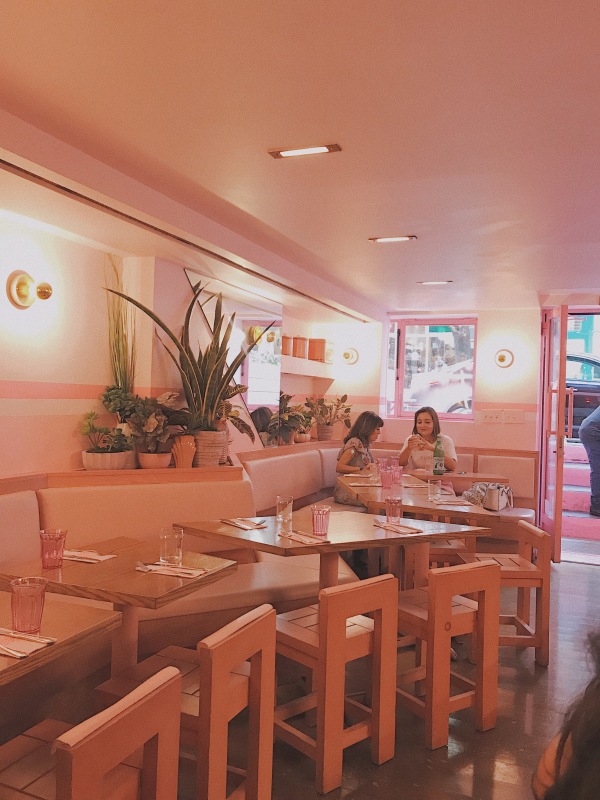 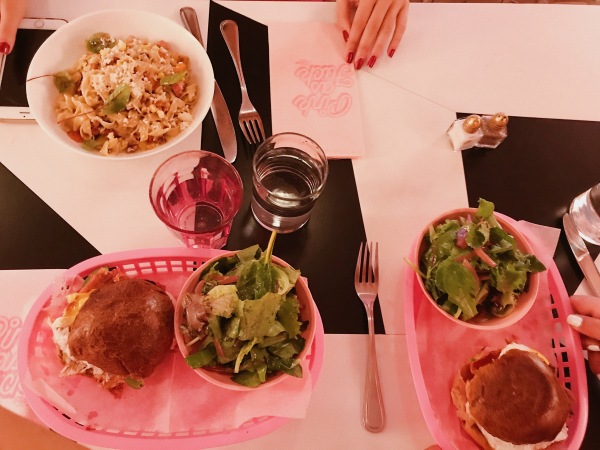 Just across the bridge is this charming alleyway that you just maaaaay have seen on television or on the big screen.

Otis College of Art and Design

My sister was totally in her element.

Could there BE anything cooler than this?! There is even a guy out front with cardboard cutouts of the F.R.I.E.N.D.S characters if you pay him a few bucks. What a way to make money huh? 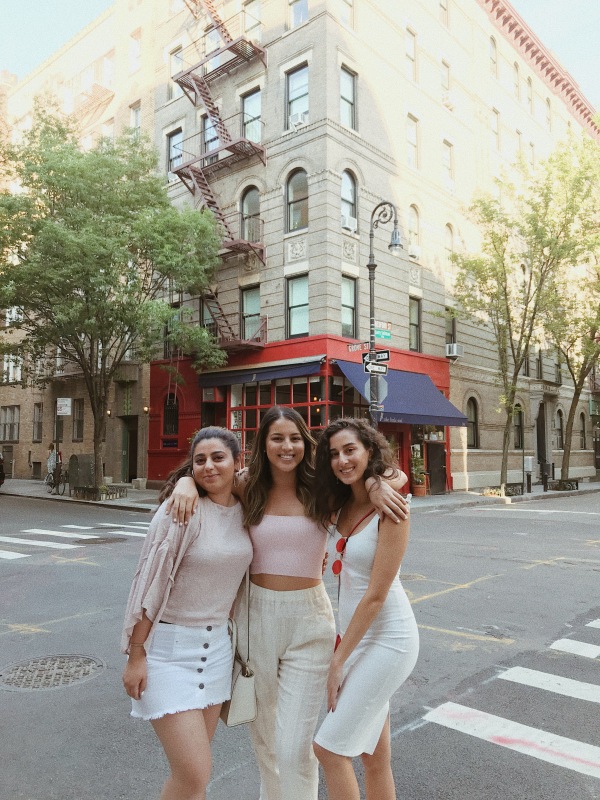 Sometimes your own hotel room can be your next instagrammable moment. We stayed at The Residence Inn Manhattan/Central Park. This is one of my favorite hotels because it’s affordable and you get to wake up to this!

The High Line is a MUST DO! We were gifted by the most stunning sunset I’ve ever seen when we reached the end. 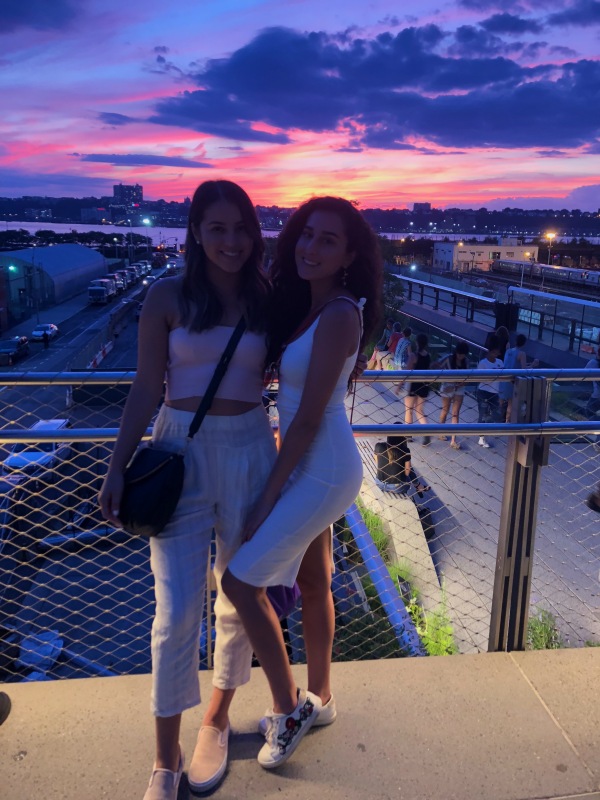 The foodie in me was most looking forward to that massive fortune cookie. This place is gorg and perfect for a night out with the girls! 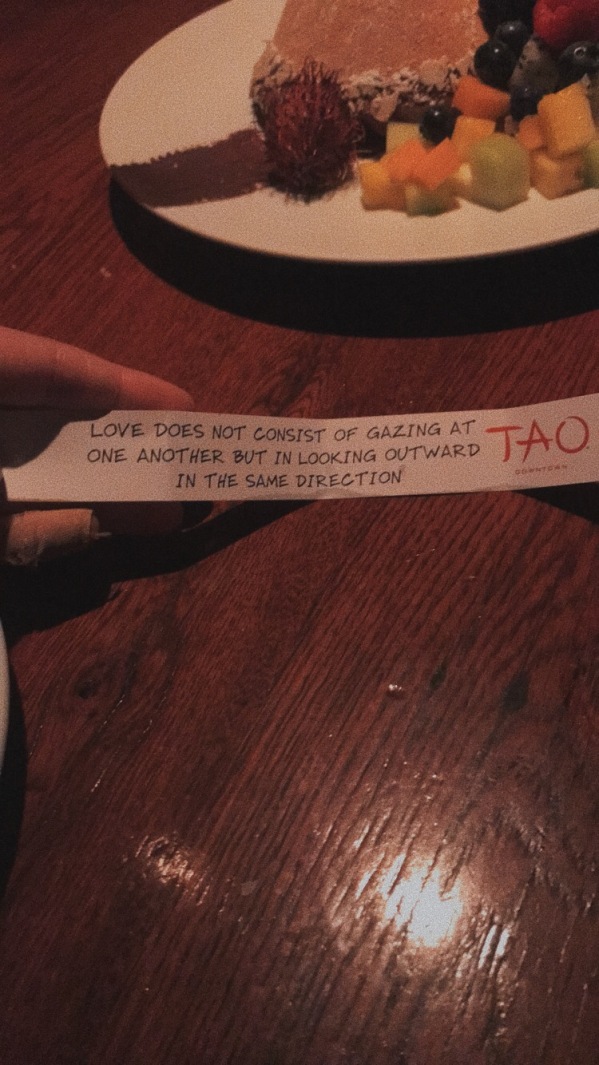 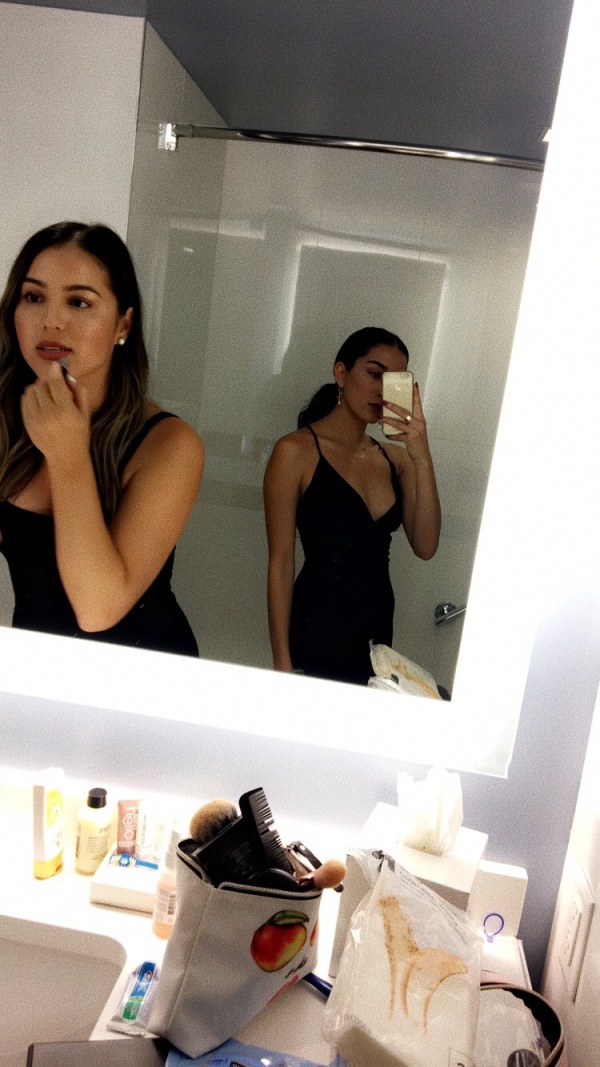 New Yorkers and their bagels are no joke! Expect a long line, but it is well worth it. I got peanut butter and jelly on mine! 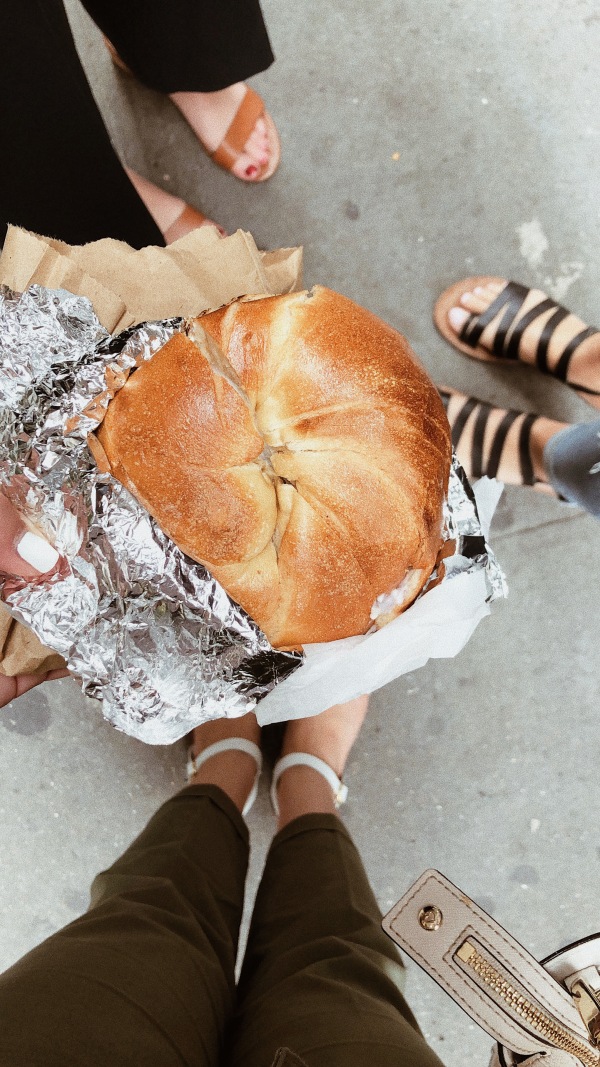 See the original “The Starry Night” by Vincent van Gogh. 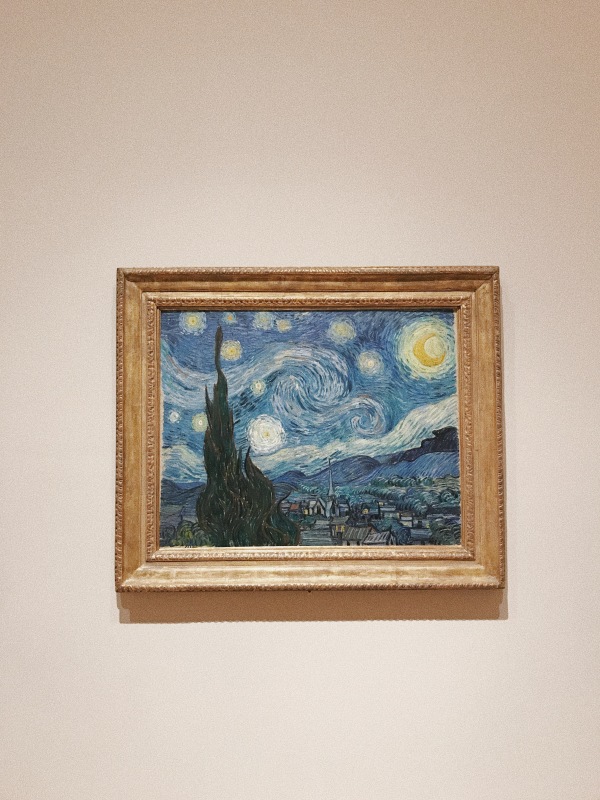 One of the best pizza slices in NY! Another favorite of mine is Prince Street Pizza! 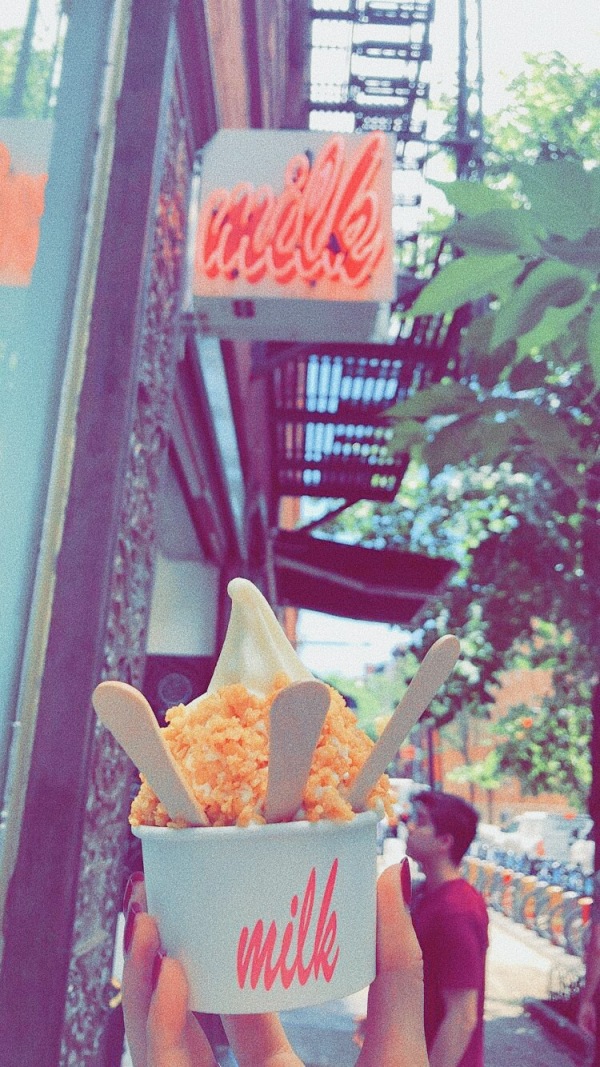 Sometimes it is hard to fit all the beauty of a city into a few days, but all we can do is try. What are your must do’s whenever you visit NYC? I’ll need some new ideas for my next trip! Till next time!